In mid-September 2015, Amazon worker activists from Poland and Germany met in Poznan to further coordinate their workplace struggles. Through earlier meetings, links had been established across the border, enabling workers to communicate directly during strikes in German Amazon warehouses throughout the year, and a slowdown strike in the Poznan warehouse at the end of June 2015.
In the following years, workers' meetings were organized regularly every six months: in Berlin, Paris, Bad Hersfeld, Poznan, Leipzig, Madrid, and Lille.

This video was made at the meeting in Poznan and shows interviews with several workers.

Christian Krähling, Amazon worker and activist from Bad Hersfeld who was present at the meeting, died on December 10, 2020. Amazon Workers International wrote this great obituary about him:

"He showed us that for him the struggle was not just about some collective bargaining agreement but about winning back workers' dignity in a fight with Amazon managers who would daily try to humiliate workers." 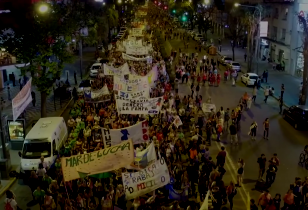 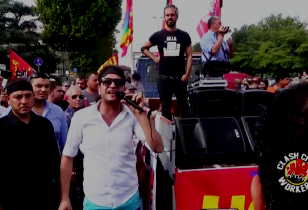 The whole of Italy stands with Abd Elsalam