"3/4 of a lifetime" is a french film made by young workers of the Peugeot factory who, with the help of filmmakers, founded the film collective "Medvedkin Group of Sochaux" at the beginning of the 70s.

The idea behind the Medvedkine groups was to give workers the possibility to make their owns films about their everyday lives and struggles. The filmmakers who founded the project (including Chris Maker and Bruno Muel) would help the workers with the technical aspects and teach them the basics of film-making while letting them take all decisions regarding the content and the aim of the films.

While the older workers of the Medvedkine Group of Besancon (a small town in the East of France) used film-making to document their strike (see A bientôt j'espere on labournet.tv) and follow the exemplary lives of union activists within the factory (see Classe de Lutte), the films of the young workers of Sochaux are more lighthearted if not less subversive : using a style close to the Commedia del'Arte, they replay scenes they themselves had to experience at the Peugeot factory and in their worker's homes, insisting on the discrepancy between what was promised to them as they accepted the job and the reality of their lives as workers.

Unfortunately, the very first minute of the film has not been digitalised, but we have been able to see it thanks to the help of the cinema Arsenal kino. This missing part explains the context and the aim of the film in this way :

"There are means of information. Among them are flyers and posters, but also meetings and films. Peugeot brings together workers from all over France. Among the 33.000 workers of Peugeot-Sochaux, 10.000 are young workers. Most of them live in workers' hostels and houses which also belong to Peugeot. In 1970, the young workers struggled against this exploitation. They decided to make a film to show the difference between what was promised to them and the reality". 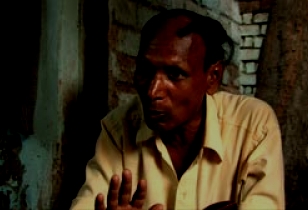 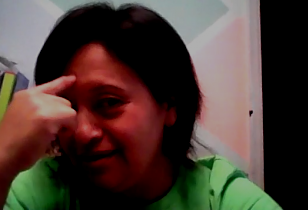 Life has no time to lose 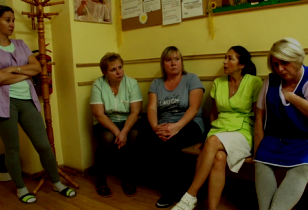