The February 2014 protests in Bosnia-Herzegovina 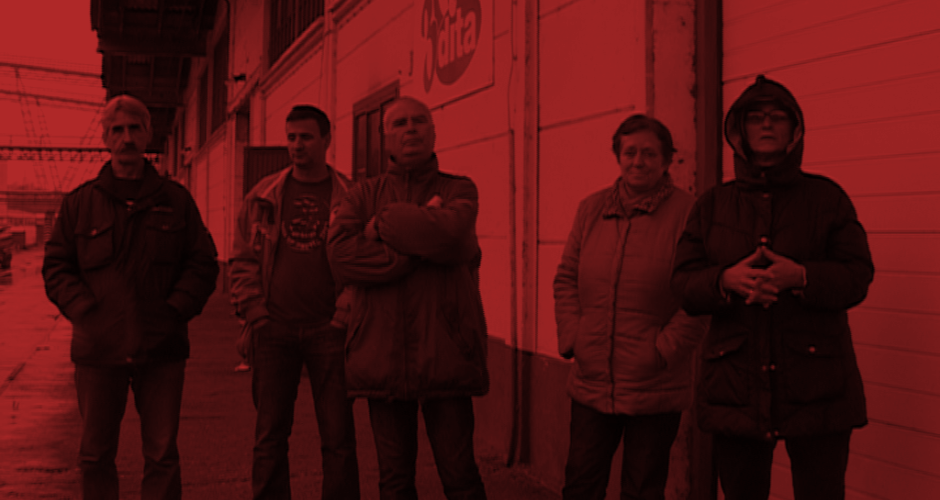 The February 2014 protests in Bosnia-Herzegovina

In February 2014, we were in Bosnia-Herzegovina to report on the massive protests which broke out around the country.

The protests started as the workers of different privatized factories were attacked by the police during a demonstration on the 5th of February. For years, the workers had been demonstrating weekly in order to get their due wages and benefits, but always in vain. The production in those factories is since long at a standstill, and the factory owners mainly use their assets for money washing. In this context, the actions waged by the workers for the last years, including strikes, occupations, and even hunger strikes, had not achieved any results.

“These criminals don’t understand the language of peaceful protestsˮ

But, on February 2014, as these workers were attacked by the police during one of their demonstrations, they were joined by many other parts of the population of Tuzla: unemployed people, retired people, students who together stormed the Tuzla Canton Government building on the 7th of February and burned it. At the same time, people were gathering in front of the Sarajevo government in solidarity. As they got attacked by the police, they retaliated, and the Sarajevo Canton Government building was burned on the same day.

Rejecting the ethnic divisions that had been imposed on them since the 1992-95 war, Bosniaks, Croats und Serbs united to struggle against a corrupted government and social conditions caracterised by poverty, low wages and a high unemployment.

“These are the best protests that I have experienced in Bosnia-Herzegovina!”

While the protests were taking place in the streets, people in Tuzla, Sarajevo, Mostar and smaller cities started to organize themselves in assemblies called Plenums and discussed their demands. We made German and English subtitles to several abstracts of plenums in Tuzla and Sarajevo to convey a sense of the mood and the content of the discussions.

“But the new government will bring us nothing, it will lead us from one cage to another, like in the rest of the world.”

What happened since then?

The protests continued in March 2014 but got smaller and smaller until they disappeared completely. Plenums slowly became less popular and stopped taking place after a few months. How could this happen? We should mention that the spatial separation between the protests and the plenums (the latter taking place in some separate buildings rather than in the streets) was already a factor that contributed to their isolation and their estrangement from the rest of the protesters. It is also regrettable that the plenums were focused on producing demands to a state they still considered as a valid interlocutor, whereas the protesters of the 7th of February had clearly showed that they no longer expected anything from the whole political class of Bosnia-Herzegovina. Meanwhile, many people found themselves in a worse material situation since a flood (the worst flood in the region since records began 120 years ago) hit the country in May 2014.

In October 2014, a few days after the general elections, the videocollective Year01 met the workers in Tuzla to inquire if their situation had improved since the February protest. The video includes footage of an action that took place on December 2014, as the workers decided to walk symbolically to the Croatian border to claim asylum in the EU, to show how little they expect from the institutions of Bosnia-Herzegovina and to protest against their situation.

“We have become more insolent. You have to become insolent to have success“

In early 2015, the Tuzla Canton government decided to revise the privatisation process of several enterprises, including Dita, starting a bankruptcy procedure. Typically for this kind of procedures, the workers are the last in the list of priorities: the “investors” and bureaucratic agencies being paid first, wages and pensions only being paid at the end, when there is something left.

Since then, the workers of Dita have been organizing to restart parts of the production, using some material that was left in the factory. In June 2015, the Union of Workers of Dita and the bankruptcy manager reached an agreement to restart some of the production lines. It remains to be seen if this will be viable as most of the material and machines in the factory are in need of repair and the workers have very little possibilities of investments. Still, many activists in Bosnia have expressed their solidarity with the initiative and, for the workers, seeing the production restart is an important step, raising their chances to keep their jobs and eventually get a regular wage.

On the restart of production at Dita (opendemocracy.net)