Repression against workers' unrest in Italy 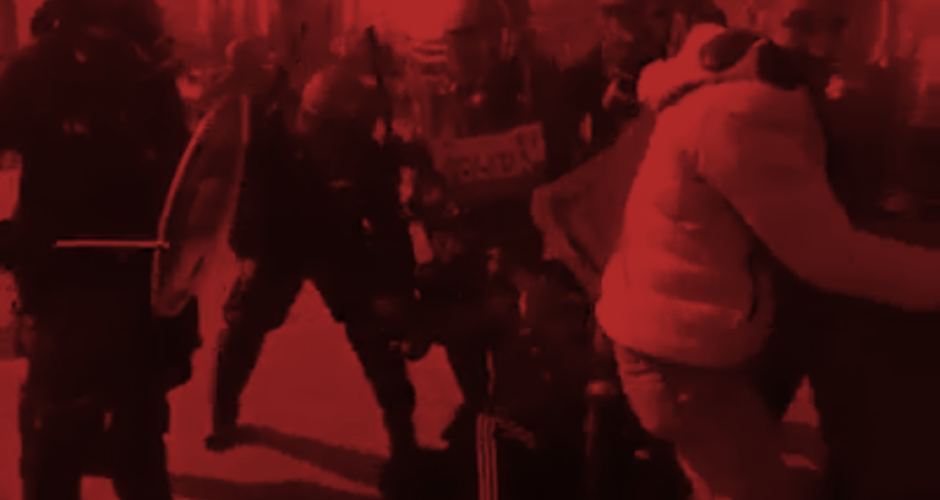 Repression against workers' unrest in Italy

An increasing proportion of workers in Italy are exploited in irregular or temporary employment. In addition to black labor, the so-called co-operatives are a means of exploitation. These cooperatives deprive their employees of their rights in legal and illegal ways and withhold significant portions of their wages. In 2015, about 2 million people's work was undeclared (almost 10% of the total workforce); about 750,000 were exploited as so-called "working members" in cooperatives.

As far as working conditions are concerned, we have returned to the Middle Ages

says Simone Carpeggiani from the grassroots union SI Cobas. (In the film "Ditching the fear" we showed the working conditions in the cooperatives.)

Since these people are not represented by the big Italian trade unions, new, combative trade unions have developed, such as the SI Cobas, or ADL Cobas. SI Cobas, founded in 2010, supports the resistance of the workers, which is largely self-organized, especially in the logistics sector. The workers often win their battles, and that makes a big difference: some could double their actual paid-out salary. Violent foremen were dismissed, collegues that had been made redundant had to be hired again. Compliance with the legally prescribed minimum standards has been achieved in many cooperatives in the logistics sector. The membership of these unions and the readiness to strike are therefore still increasing.

Complicity between companies and government institutions

Since the beginning of the swelling movement, the - mostly young and migrant - overexploited workers have been faced with "normal" repressions by the Carabinieri which were protecting the respective company: Batons agains blockades, house arrest, or the interdiction to enter a specific quarter of the city, have become increasingly common since 2011. But moreover, company cars have been driving into picket lines by the dozens. Since the beginning of the movement, the opposite side has appeared in an astonishingly unanimous manner as a bourgeois block, which includes not only companies and major media groups, but also the police, the labor inspectorate, the questura, the political parties in the regional parliaments, the public prosecutors, the state television and - the large trade union federations.

On September 14, 2016, this mixture killed Abd El Salam. Abd El Salam, who worked for the German logistics company GLS, went on strike so that some of his colleagues get a permanent job. One of his colleagues, at the order of a superior, drove into the picket with a company truck. Abd Elsalam was dead immediately. He died with the megaphone in his hand, as his colleagues report.

Our colleague was killed by the company. By GLS.

The prosecutor's office of Piacenza calls the incident a traffic accident. However, the legal proceedings have not yet been concluded.

The whole of Italy stands with Abd Elsalam / 5 min / more >>

In January 2017, the bourgeois block went a step further on this path and staged a plot, for which at least Levoni and the police must have previously agreed. The result of the plot is a police video circulating in all media, and news that are spread throughout the country, saying that the spokesman for SI Cobas had demanded bribes to end the strikes in the meat industry. Here is the history behind it.

The current most important struggle of the SI Cobas is that of AlcarUno, a coperative, which works for the Levoni Group, a very well known company in Italy. The struggle continues until today. The conditions in the meat industry are even worse than those in the logistics sector. People are made to wear diapers at work because they are not allowed to go to the toilet. Injuries occur because safety standards are not adhered to, 16 hour shifts are common. On the occasion of a cooperative change in November 2016, 55 workers of the cooperative AlcarUno / Levoni were dismissed and not re-employed by the new cooperative. 28 of them are organized in SI Cobas.

SI Cobas has carried out a series of strikes at Levoni factories to ensure the re-employment of dimissed workers and the payment of outstanding contributions to unemployment insurance, without which they can not even claim unemployment benefits. SI Cobas has also sued the Levoni Group for the payment of almost one million euros of outstanding wages, social contributions and sickness benefits.

(from a press release of SI Cobas)

At first, the employers refuse to negotiate. But then, suddenly,  a negotiation offer is made. On January 27, 2017 the spokesman for SI Cobas, Aldo Milani, attends a meeting with Levoni and AlcarUno. In the negotiation room, a hidden camera had been set up by the police. The video, which is then broadcast in all TV channels nationwide, shows how an envolope is given to a person who is sitting next to Aldo Milani. Milani is looking in another direction and is talking. The man, Danilo Piccinini, puts away the envelope and then crosses his wrists two times. When they leave the negotiations, Piccinini and Milani are arrested. The police announce that 5,000 euros had been in the envelope.

In all TV channels, the video was taken as proof that "two trade unionists" of SI Cobas had accepted money to prevent further strikes. The man who accepted the envelope is called a trade unionist of SI Cobas. In fact, according to SI Cobas, Piccinini had spent "18 months in prison for tax evasion", and worked as a consultant for the Levoni Group at the time of the transfer of money. However, during the first days, when the scandal was featured prominently in the press, he was described by the media as a SI Coba's official. For example, the important Italian daily paper La Repubblica headlined: "Modena. They demanded money to stop the strike. Two trade unionists arrested." Il Giornale d'Italia, completely on the side of the workers: "Envelopes on the back of the workers"

Only days later, when the news had disappeared from the headlines, the press no longer called Piccini a trade unionist of SI Cobas, but described him as a "consultant" or "mediator" between the union and Levoni.

The trial against Aldo Milani has not been cocluded. Protests in front of AlcarUno continue. The workers block the gates and are chased by the police with batons and tear gas. A new video sums up the events at AlcarUno. We present a trailer.

What does it signify for a society, if a combative union, which achieves a 40% salary raise, and which demands 900.000 euros payment of arrears from Levoni, is attacked in such a way by police, media and judiciary?

The website militantquotidien uses a famous quote of Karl Polanyi to interpret the recent events :

After abolition of the democratic political sphere only economic life remains; Capitalism as organised in the different branches of industry becomes the whole of society. This is the Fascist solution.