The logistics workers' movement in Italy 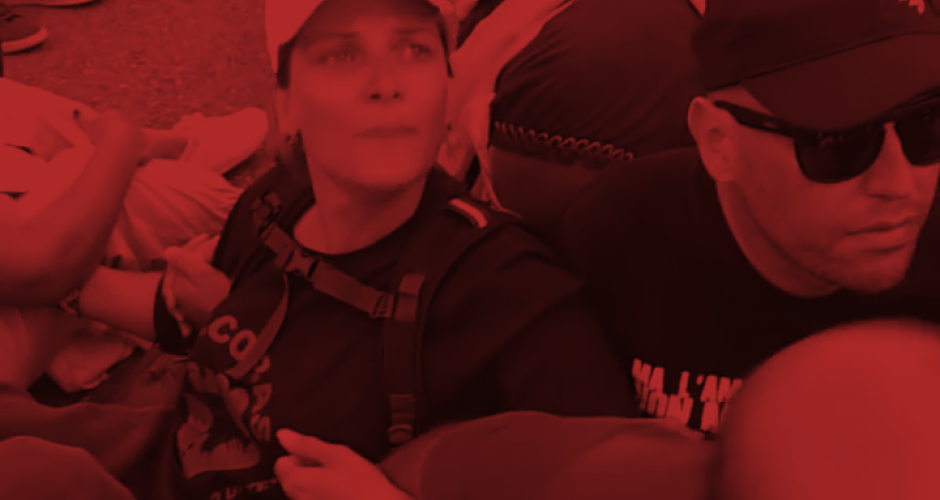 The logistics workers' movement in Italy

Since 2008, migrant workers have been organizing in the warehouses of Italy’s Po Valley. Through their tactic of blocking the gates of warehouses they force their employers to start negotiations and make major concessions. They have accomplished this despite being tremendously exploited, a situation they frequently describe as “slavery”: Forged wage slips, lay-offs due to health reasons (like ruined backs), receiving neither vacation pay nor sick pay, hour-long waits outside the gates before being allowed in to work, racist insults and sexual violence by the foremen – these are just some reasons motivating the workers’ organizing efforts. After some spectacular successes –  the most important of which were in Origgio near Milano in 2008, when all 280 workers won a 400 Euro per month wage increase, and at TNT in Piacenza in 2011 – the news spread like wildfire in migrant communities: it is possible to fight back and win!

Since then, at many courier services like GLS, TNT, Bartolini, DHL and SDA, workers have managed to fight their way out of a position as ruthlessly exploited human material at the low end of the wage scale. They use the base union S.I. Cobas for their purposes. This small and militant base union also serves as the link to left-wing groups which support strikes and blockades from outside.

In this video by the Italian collective ClashCityWorkers a TNT workers explains how the exploitation is organised: The workers are not directly employed by the big enterprises, but by so-called 'co-operatives'.. They are formally members of these co-operatives and therefore have less rights than normal workers.

In March 2014, we met a warehouse worker who serves as a union delegate and two comrades from S.I. Cobas when they were participating in a meeting of European base unions in Berlin. They told us about their struggles, the weekly clashes with the police outside the strike-hit warehouses and their formula for success: to use their workplace power and inflict as much damage as possible to force the employer to negotiate and if necessary, to use methods outside the bounds of the law : “During strike pickets, we are not allowed to block the transport of commodities, means or production or people. However, we blocked everything, in a completely illegal manner.”

The day after that meeting, we invited those three for a more in-depth interview. This interview provides an overview of the cycle of struggle, the composition of the labor forces in the warehouses, the social and legal situation of the workers and forms of organizing the warehouse workers employ. The interview was translated into Chinese by comrades in China.

In an attempt to stop the series of successful strikes, IKEA in Piacenza sacked 24 workers in June 2014. All of them were members of S.I. Cobas. Left-wing groups called for a day of action on July 26, with protests in front of IKEA branches in order to put pressure on the company and enforce the reinstatement of the sacked workers. We made a mobilization video for that day of action, including a first assessment of the importance and the dynamic of the struggles.

“These struggles have put back on the political agenda a possibility that was long forgotten: Victory.” (Anna Curcio)

During a leafletting action in Berlin on July 26, 2014, IKEA customers were informed about the anti-union methods IKEA was using in Piacenza; at the same time, actions demanding the reinstatement of the sacked workers took place in Hamburg and Vienna. Only a few people took part in these actions - but for the workers in Italy they were a sign that news about their struggles had spread beyond the borders of Italy.

In September 2014, we went to Italy as a small team to make a comprehensive documentary about the logistics workers’ movement. We had three main reasons to start the project. Firstly, we thought it was remarkable that this was a movement emanating fundamentally from below: It was the migrants themselves who got together and protested, even though it is generally assumed they are too involved in their daily struggle for survival and therefore have no possibility to fight back. Secondly, the strike movement is largely self-organized; at first the workers had turned to the big union associations CGIL, CISL and UIL at first, only to be told that there was no chance to resist. Then they talked to a handful of older activists who had been active in factory struggles in Milan and Turin since the 1970s. These activists had a different interpretation of the situation and offered to support the workers by contributing their expertise in union-organizing and mobilising left-wing activists from outside who turned up at the warehouses' gates during strikes. Third, while labor forces in European industrial countries fight defensive and unsuccessful battles and have to concede declines in real wages, we wanted to document struggles that are not intoxicated by the social partnership concept but are militant and successful. We hope that the film helps to spread the message that it is possible to win.

“I'd been talking with the girls since 2012 because I came to know about this union called S.I. Cobas. But there has been a lot of fear because they put you in a condition of servility, you are enslaved. They frighten you to the point that you can't even say ‘a’. You don’t say anything, you work piece by piece by piece… So I’d been speaking with the girls... and I don’t know how it happened. It has been good luck.” (Yoox, a female worker speaking in the film)

In August 2015 the worker who said that was fired together with seven of her colleagues. Every one of the dismissed was active in the strikes that took place in 2014 and are members of S.I.Cobas. In solidarity with the dismissed, on September 21st 2015 the Logistic Hub Interporto in Bologna was blocked. In the video we see the police evicting a blockade in front of the Yoox warehouse in Bologna.

"They can't always win just because they have money and we're poor!", an outraged worker shouts in the video. Talking about a foreman who still works in the warehouse she said: "He slept with 19 years old girls and if they refused, he fired them."